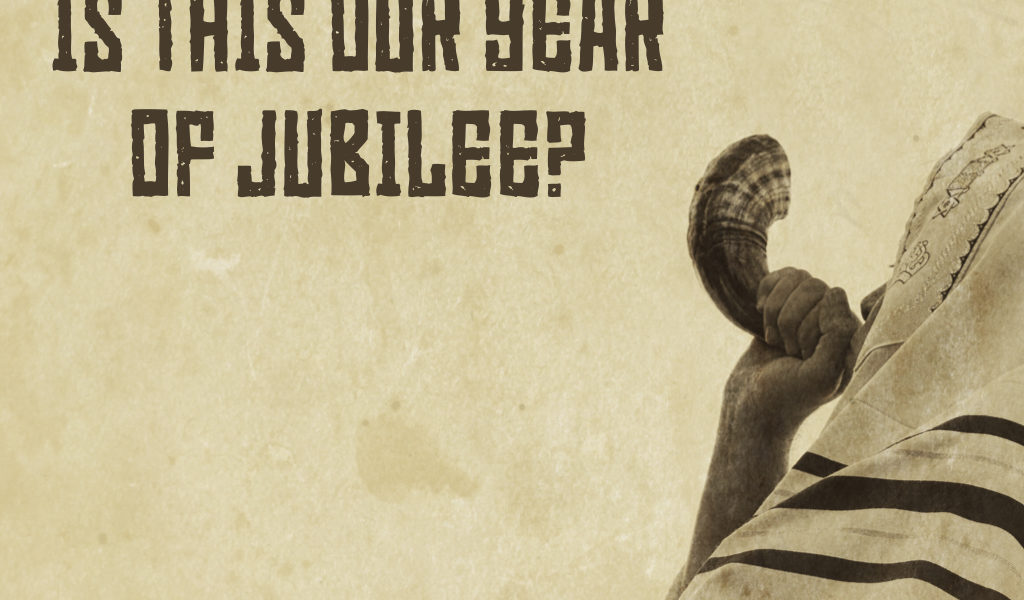 Is This Our Year of Jubilee?

Every 50 years, the nation of Israel would pause for an entire year.

What they did do, however, was take a year-long break from every activity that wasn’t centered around God or the family.

It was a year of total release, and for those who were saddled with decades of debt, it could be a once-in-a-generation type of restoration. For those who held the debt, it was a forced prioritization of everything that truly mattered, whether they needed it or not.

But no matter who you were, it impacted your life more than you realized.

What is the Year of Jubilee?

There’s no shortage of late-night televangelists that talk about the year of Jubilee, but the picture shown hardly matches the reality.

It wasn’t some type of financial free-for-all where everyone benefitted; in fact, a lot of people lost a lot of money. While some people essentially got to reset their family’s financial situation, others were forced to forgive a mountain of money that was rightfully owed to them, or give back land that they had legally purchased.

In other words, stand still. Take money out of the picture. Restore your brother. Focus on God.

The Year of Jubilee Debt Cancellation in Practical Terms

It’s hard to over-estimate the economic impact of a true Year of Jubilee. At the time of this writing, President Biden is considering wiping away all of the student loan debt that is currently on the table — around $1.59 trillion. No small number.

As you would imagine, there’s a pretty heated debate around whether or not it’s even ethical to do so (nevermind whether it’s lawful), but imagine how much fervor there would be if President Biden swiped away all of the debt, not just student loans. Car loans, home mortgages, credit card debt, personal loans, medical debt – the whole shebang.

How much money would that be? Close to $15 trillion.

I’m not nearly skilled enough to even guesstimate what kind of impact that would have on our economy, but suffice it to say that the effect would be huge.

Why is the Year of Jubilee Important?

If the debt wasn’t cancelled every fifty years, fiefdoms would develop. Generations would amass wealth for themselves and their grandkids, keeping the power in the hands of a few who were born into it, rather than working their way up the ladder.

One person even argued that having a complete restoration of the land leveled the playing field, forcing every man to have more compassion on the poor by virtue of their shared experiences. By losing everything, they gained an appreciation for the plight of their brother.

Is This Our Year of Jubilee?

No, and it was never meant to be.

The Year of Jubilee was a custom in the Old Testament; whether it was actually practiced is not entirely known. As people living under the New Testament, we are not bound to keep the Jubilee year.

The word busy has almost become a throwaway word in our culture. Ask twenty people how they’re doing, and I guarantee half of them will say some variation of “I’m sooooo busy.”

(And it’s not just them. A 2019 study by H&R Block found that most Americans claim they only have 4.5 hours of free time a week, or 30 minutes a day. Whether that’s accurate or just their perception is irrelevant; people everywhere believe that time has gotten away from them.)

We needed that rest, and we need more of it. We need to slow down our lives and refocus on what’s most important from time to time. If we don’t, then eventually that rest will be forced upon us (Leviticus 26:34-39).

Our lives are like snowballs: We get so caught up in what we’re doing that we never stop to take a step back and re-examine the world around us.

What we needed is a fresh perspective, and the pandemic did that. We saw firsthand the bounds of christian love and charity from our fellow man (and some of it wasn’t pretty). We also re-examined our housing situation, career prospects, and even our relationships. It was a defining moment.

We’ve Learned to Grow Our Faith

The Jubilee year, if done correctly, was an enormous test of faith. Instead of leaving the ground fallow for one year, you were to leave it for two (seventh year plus year of Jubilee — years 49 and 50). You avoided planting and harvesting for 24 months, relying on what you gained beforehand to sustain you for the duration of the Year of Jubilee (Leviticus 25:18-22).

But those who put their faith in God were rewarded (Leviticus 26:1-13) — maybe not with monetary gifts, but certainly with an increased trust in God. They learned that God was the center of the universe (not them), and that their dependence on Him was directly correlated to their own personal contentment.

There are a lot of people that have a lot of different opinions on very current topics: masks, vaccines, stimulus packages, et. al. All very relevant, and all very controversial.

But your opinion on those things is not a sign of a weak or strong faith. How you treat each other, how you treat God, and ultimately, how you treat yourself — that’s where the evidence of your faith lies.

It’s time for us to stop denigrating each other and look at this as an opportunity to grow yourself. If we do that, then we can make this our Year of Jubilee.

← Previous Story: What Can Proverbs Say About My Money?
→ Next Story: Three Life-Changing Lessons From Nehemiah